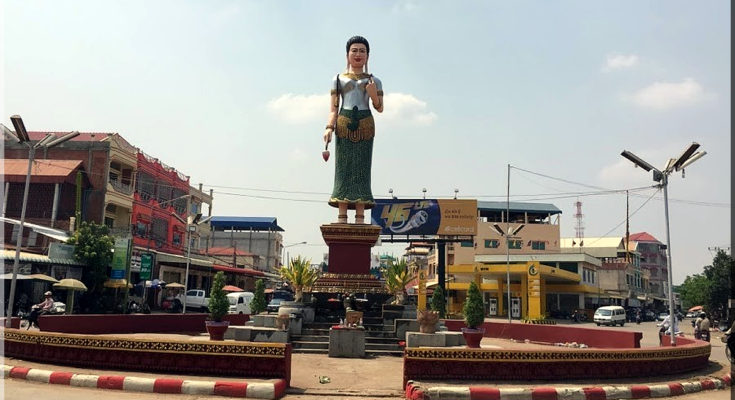 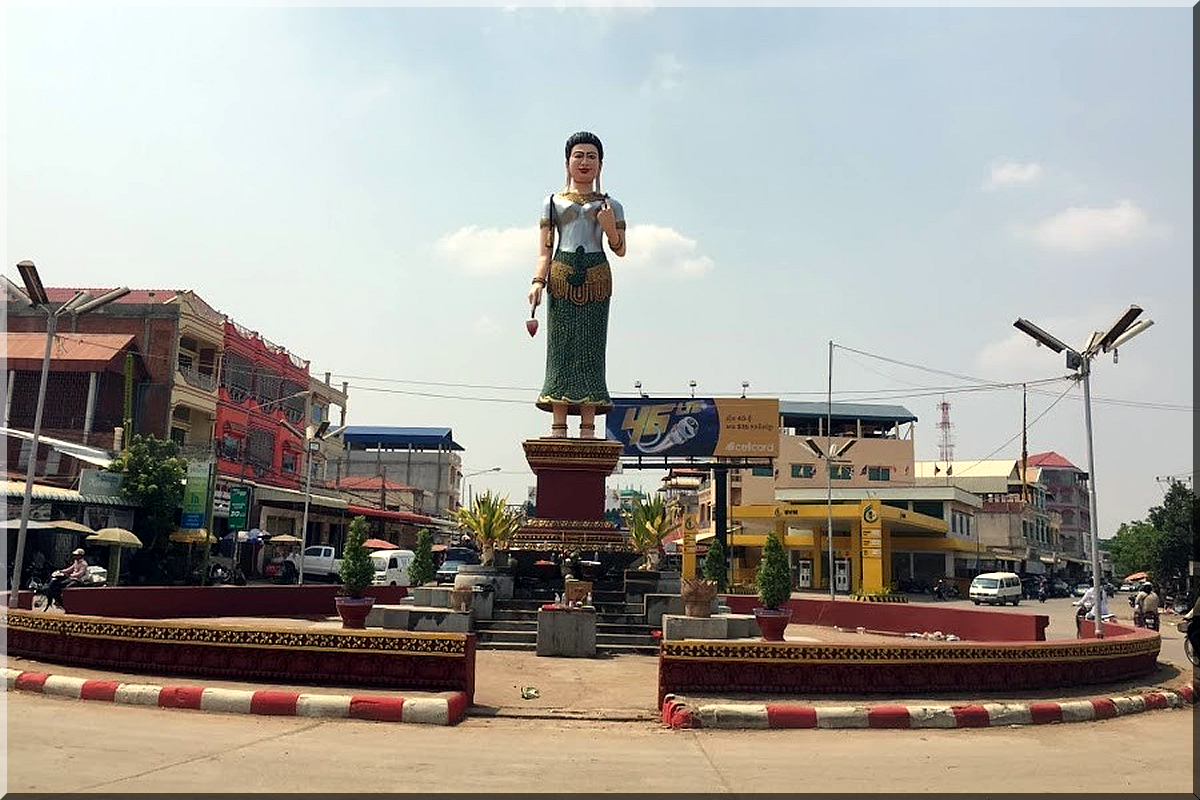 „Fortress of Victory“ is a province (khaet) of Cambodia located in the far northwest. It borders the provinces of Oddar Meanchey and Siem Reap to the east, Battambang to the south, and shares an international border with Thailand to the west. Its capital and largest city is Serei Saophoan.

Ruins of Banteay Chhmar Temple
The area was part of the extensive Khmer empire. Its most notable remains is the Banteay Chhmar temple in the north of the province, built in 12th century towards the 13th century. Other lesser known temples are the Banteay Neang and Banteay Torp temples.

In the 1795 Siam took control over Western Cambodia, and made the area into Siamese province of Inner Cambodia with the administration capital in Phra Tabong (Battambang). This province lasted until 1907 when Siam traded Inner Cambodia for the return of Trat and Dan Sai. In the same year, King Sisowath decided to split the return Inner Cambodian Province into Battambang Province (which included Sisophon) and Siem Reap Province. When Thailand re annexed western Cambodia 1941, Sisophon was split off Battambang Province and was an administration capital of Phibunsongkram Province which lasted until 1946 when the whole region was return to the French control.

During the Cambodian Civil Wars of the 1970s and 1980s Banteay Meanchey Province was on the frontlines of much of fighting and as a result it is one of the three most heavily mined provinces in Cambodia along with Pailin and Battambang.

Small lake in Serei Saophoan.
Banteay Meanchey is mostly covered by extensive lowlands, with a few uplands to the north and east. The main rivers are the Mongkol Borei and the Sisophon Rivers. The province is bordered with Battambang to the south, Siem Reap to the East, Odar Meanchey to the North and Thailand to the West and North.

Poipet International Border Checkpoint
Banteay Meanchey has one of Cambodia’s busiest checkpoints, Poipet International Border Checkpoint, for both people and goods. The checkpoint oversees approximately 2,000 tourists (50,000 tourists or 14% of nation’s tourists annually in 2015) and 300 trucks carrying goods every day. In response to the increase of trade between Cambodia and Thailand, a new border checkpoint, Stueng Bot which is only 7 km from Poipet Checkpoint, is being constructed and slated to be completed by 2018. The new checkpoint will focus on trade while leaving Poipet Checkpoint for tourists.

Administration
The province is subdivided into 9 districts (srok), which are further subdivided in 65 communes (khum) and 644 villages (phum).

Bas-relief depicting Khmer’s War against Champa
Banteay Chhmar Temple complex is one of the masterpieces of the great king Jayavarman VII built between 12th-13th century. Despite its magnificent architecture, the temples are lesser known to tourists and the world. Unlike other Angkorean temples, Banteay Chhmar is not well-conserved. The damages caused by war, looters and nature are very apparent. The temple is being on Cambodia’s tentative list for UNESCO’s world heritage in order to increase conservation and awareness.