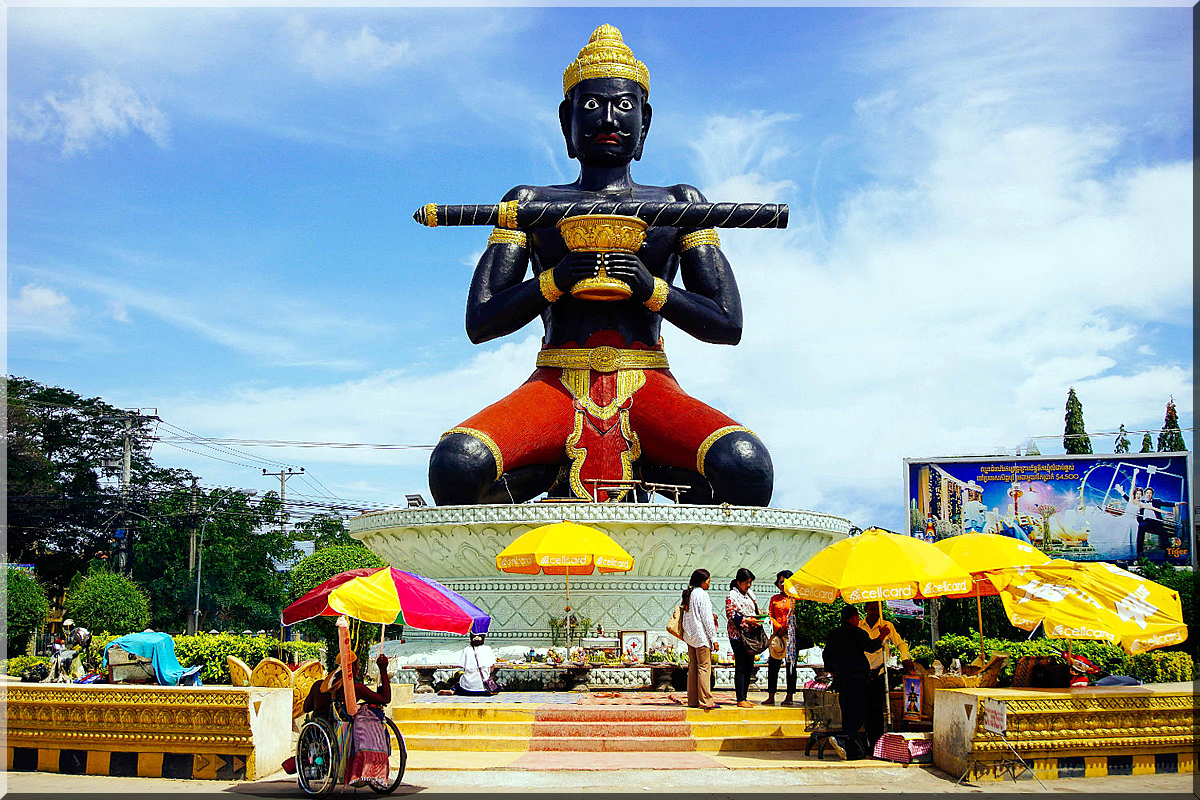 „Loss of Stick“ is a province (khaet) of Cambodia located in the far northwest. Bordering provinces are Banteay Meanchey to the north, Pursat to the east and south, Siem Reap to the northeast, and Pailin to the west. The northern and southern extremes of the province’s western boundaries form part of the international border with Thailand. In addition, Tonle Sap forms part of the northeastern boundary between Siem Reap and Pursat. Its capital and largest city is Battambang.

With a population of 1,036,523, it ranks as the third most populous province. In land area, Battambang is the fifth largest province of Cambodia. Battambang is one of the provinces included in the Tonle Sap Biosphere Reserve. The province’s fertile rice fields have led to a mostly agricultural economy giving rise to the moniker „the Rice Bowl of Cambodia“. The province features a range of cultures as well as natural resources. Seventy five percent of the area is jungles and mountains. The area has a tropical climate.

Etymology
Battambang literally means „Loss of Staff“ in Khmer, referring to the local legend of Preah Bat Dambang Kranhoung. Stone inscriptions discovered from pre-Angkorian and Angkorian eras have as yet not mentioned any contemporary villages or districts called „Battambang“ but according to the document Mohachun Khmer, „Srok Battambang“ (Battambang district) was used during the Angkor and post-Angkor eras.

Wat Ek Phnom
Wat Ek Phnom (Khmer: វត្តឯកភ្នំ) is a partly collapsed 11th-century temple situated 11 km north of Battambang. The temple measures 52m by 49m and is surrounded by the remains of a laterite wall and an ancient baray (reservoir). A lintel depicting the Churning of the Ocean of Milk is situated above the east entrance to the central temple, the upper flanks of which hold some finely carved bas-reliefs. Construction of an oversized Buddha statue began by locals next to the temple has been stopped by the government because, they say, it mars the site’s historical provenance and „timeless beauty“. Wat Ek Phnum is a very popular picnic and pilgrimage destination for Khmers at festival times.

Wat Banan
Wat Banan (Khmer: ភ្នំបាណន់), located some 25 km south of Battambang City, has been likened to a smaller version of the more imposing Angkor Wat. Built in the 10th century, it is very popular at weekends with Khmer families out on picnics.

Transportation
Battambang is accessible by road, and by boat via the Sangkea River. Both the airport and railway line are not in use. Buses make 5-6 hour journey from Phnom Penh and the 3-4 hour journey from Siem Reap almost hourly. 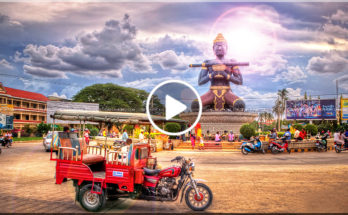