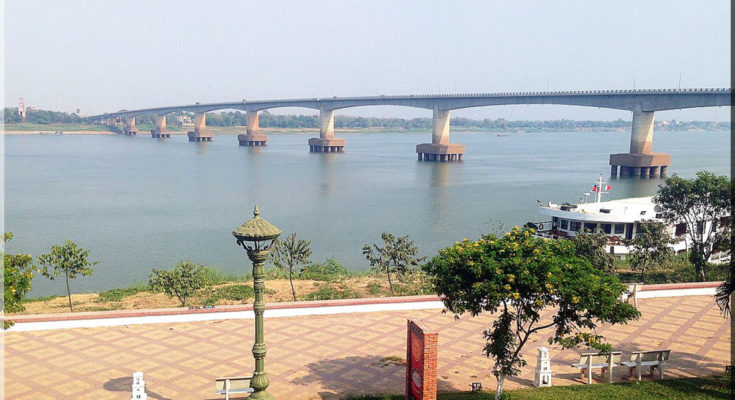 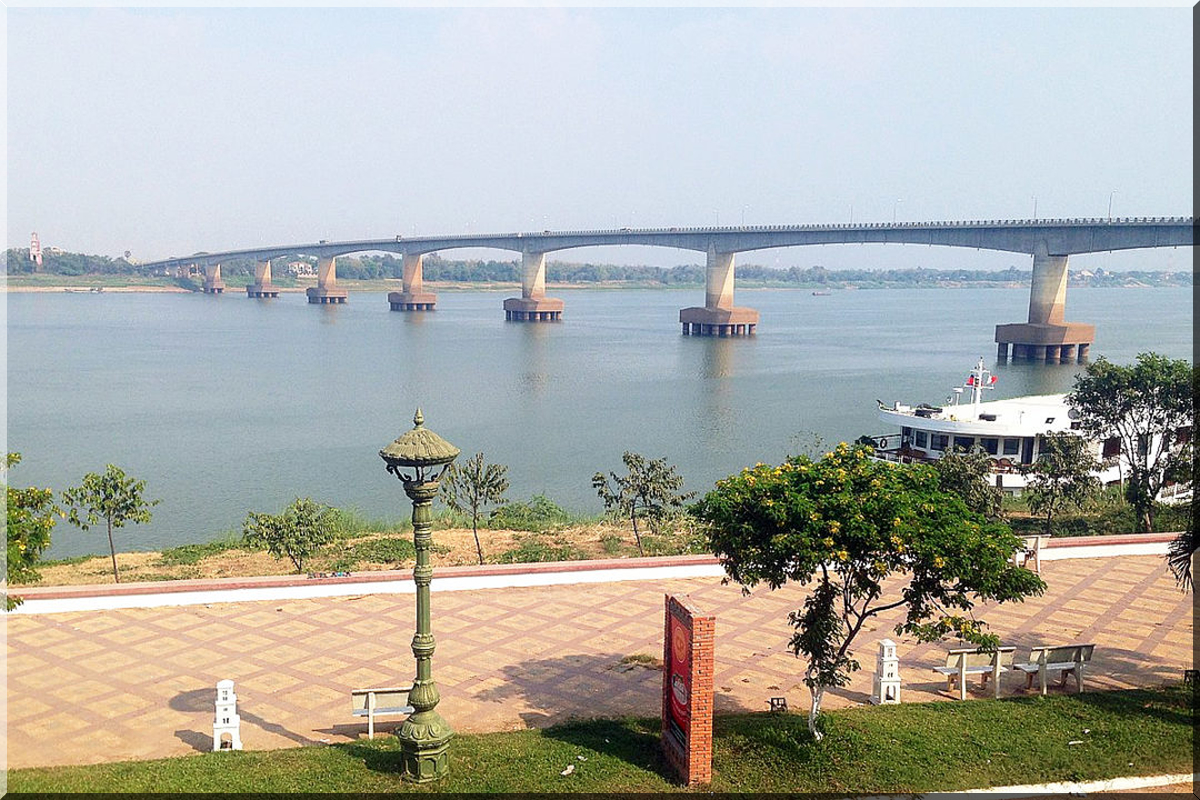 „Port of the Chams“ is a province (khaet) of Cambodia located on the central lowlands of the Mekong River. It borders the provinces of Kampong Chhnang to the west, Kampong Thom and Kratié to the north, Tbong Khmum to the east, and Prey Veng and Kandal to the south. Kampong Cham was officially divided into two provinces on 31 December 2013 in what was seen by many as a political move by the ruling party. All land west of the Mekong remained Kampong Cham while land east of the river became Tbong Khmum province. Prior to this division, Kampong Cham extended eastward to the international border with Vietnam, was the 11th largest province in Cambodia and had a population of 1,680,694, ranked as the second most populated province in the nation. Its capital and largest city is Kampong Cham.

Etymology
Kampong Cham means „Port of the Chams“ in Khmer. Kampong means port, harbor. Cham refers to the ethnic Cham people living in the province. The word Kampong in Cham is shared in other Austronesian language, the Malaysian and Indonesian, both mean village.

Geography
Kampong Cham is primarily lowlands. The main river is the Mekong River which forms the eastern border of the province, separating it from Tbong Khmum province.

Administration
Kampong Cham is subdivided into 10 districts (srok) which in turn are subdivided into communes (khum) which are further divided into villages (phum). The province formerly consisted of 16 districts, however a request by Hun Sen’s government to split the province in two was made after his ruling Cambodian People’s Party (CPP) lost the province to the opposition in the July 2013 elections. The CPP won only eight of the available 18 National Assembly seats in Hun Sen’s home province. The request, which was ostensibly made in order to improve administrative efficiency in the large province, was approved by King Sihamoni on 31 December 2013. The 10 districts that remain in Khampong Cham province overwhelmingly voted for the opposition Cambodia National Rescue Party, led by Sam Rainsy, while five of the six districts cut out from Kampong Cham to form Tbong Khmum Province were won solidly by the CPP.

Politics
The last General elections were held on 28 July 2013, where the Cambodia National Rescue Party (CNRP) won a majority with 51.88% (457,819) of the popular vote, compared to the CPP with (376,182). The CNRP won 10 seats, while the CPP won 8 seats in Parliament. Kampong Cham was one of the five provinces that supported the opposition CNRP in 2013, despite the province being Hun Sen’s birthplace.