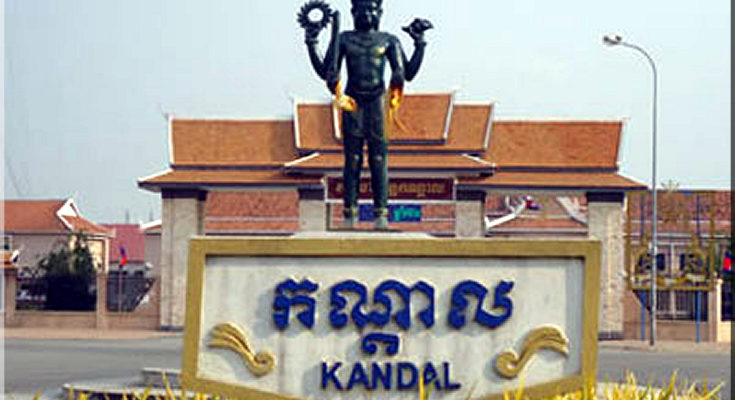 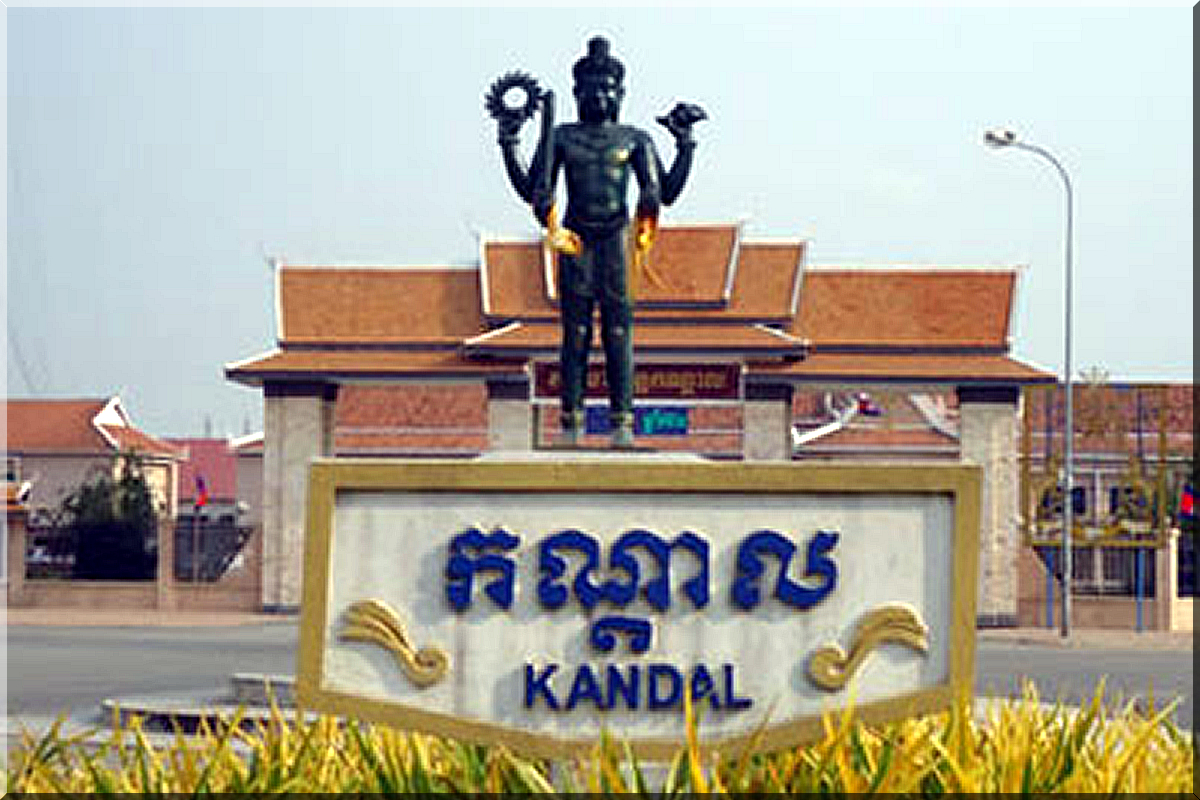 Kandal (Khmer: កណ្ដាល, „Central“) is a province (khaet) of Cambodia located in the southeast portion of the country. It borders the provinces of Kampong Speu and Takeo to the west, Kampong Chhnang and Kampong Cham to the north, Prey Veng to the east, and shares an international border with Vietnam to the south. Its capital and largest city is Ta Khmao, which is 20 km south of Phnom Penh. Kandal is one of the wealthier provinces in the country. 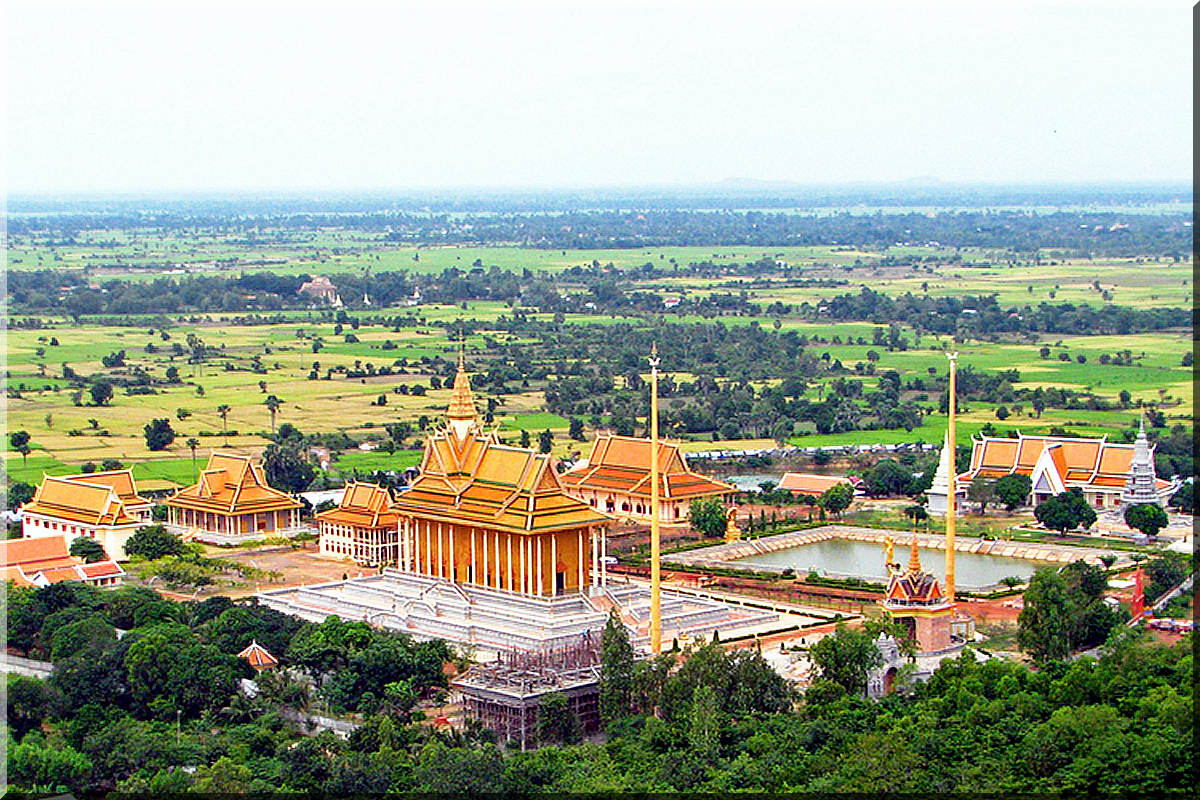 Geography
Physical
Kandal Province completely surrounds the capital Phnom Penh. The province is also a part of the greater Phnom Penh Metropolitan Area with more than a million people living in and around the province. While traveling out of Phnom Penh, the boundary between the two provinces is nearly unrecognizable.

The province consists of the typical plain wet area, covering rice fields and other agricultural plantations. The average altitude of the province is no more than 10 meters above sea level. The province also features two of the biggest rivers in the country, the Bassac and Mekong Rivers.

Climate
The province has a warm and humid tropical climate. The monsoon season normally begins in May and runs through October, while the rest of the year is the dry season. The warmest period of the year occurs between March and May, while the coolest period is from November through March.

Economy
Kandal Province serves as an economic belt of the capital Phnom Penh. Farming and fishing are the two main industries of the province. Major products include palm oil, peanuts, rice, and pepper. In addition to farming and fishing, the province also supports thriving cottage industries that specialize in wood carving, silk, and handicrafts.

Many garment factories are located in Kandal Province, which hires more than 500,000 workers. 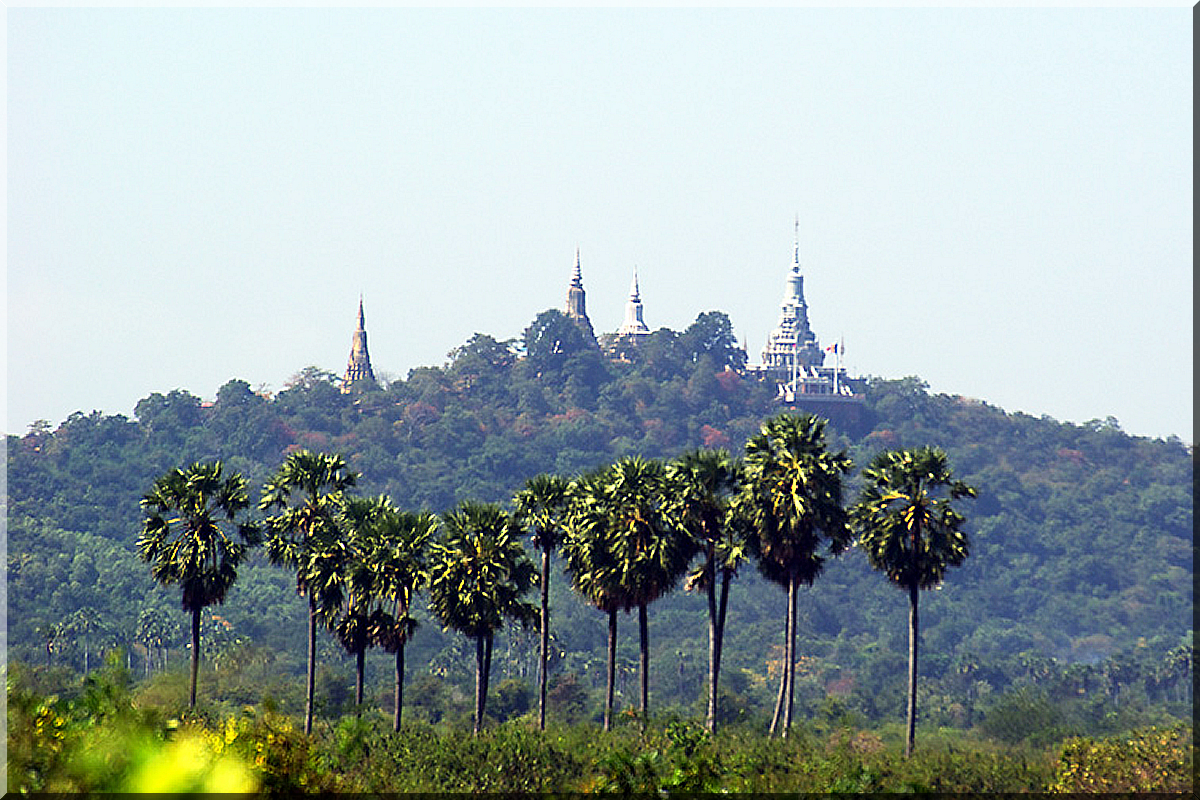 Oudong
(Khmer: ឧដុង្គ) (also romanized as Udong or Odong) is a town in Cambodia, situated in the north-western part of Kandal Province. Located at the foothill of the mountain Phnom Udong, about 40 km northwest of the modern capital Phnom Penh, Oudong was royal residence and Cambodia’s capital for more than 250 years until 1866. A monumental royal necropolis of sovereigns of several centuries is scattered on top the prominent bisected mountain, which runs from the southeast to the northeast.