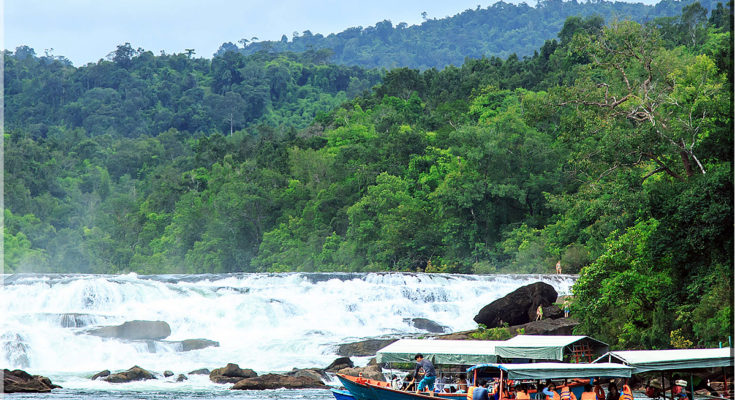 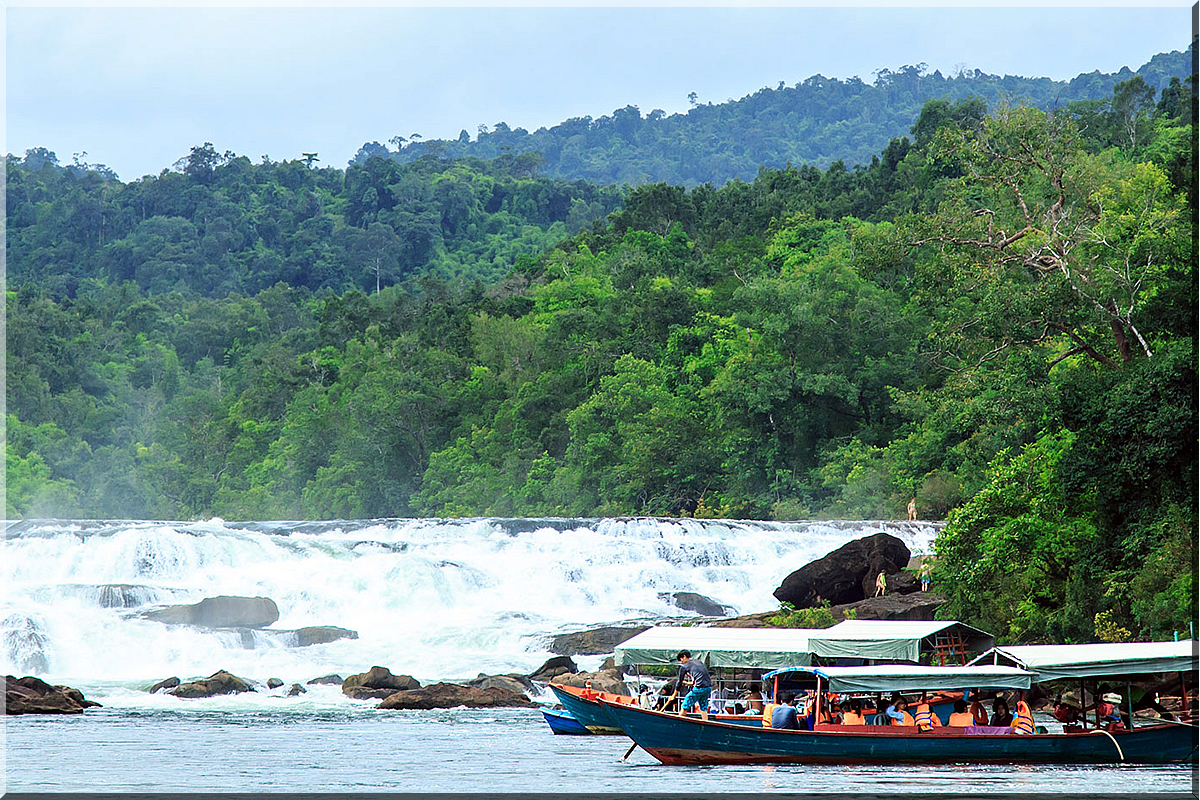 Geography
The most southwestern province of Cambodia. Koh Kong has a long undeveloped coastline and a mountainous, forested and largely inaccessible interior which embraces part of the Cardamom Mountains, Cambodia’s largest national park (Botum Sakor National Park) and a section of Kirirom National Park. Its tourist attractions include spectacular waterfalls, the largest mangrove-estuary system in South East Asia, mountain trekking, untouched beaches and islands while an export processing zone is being developed for trade. 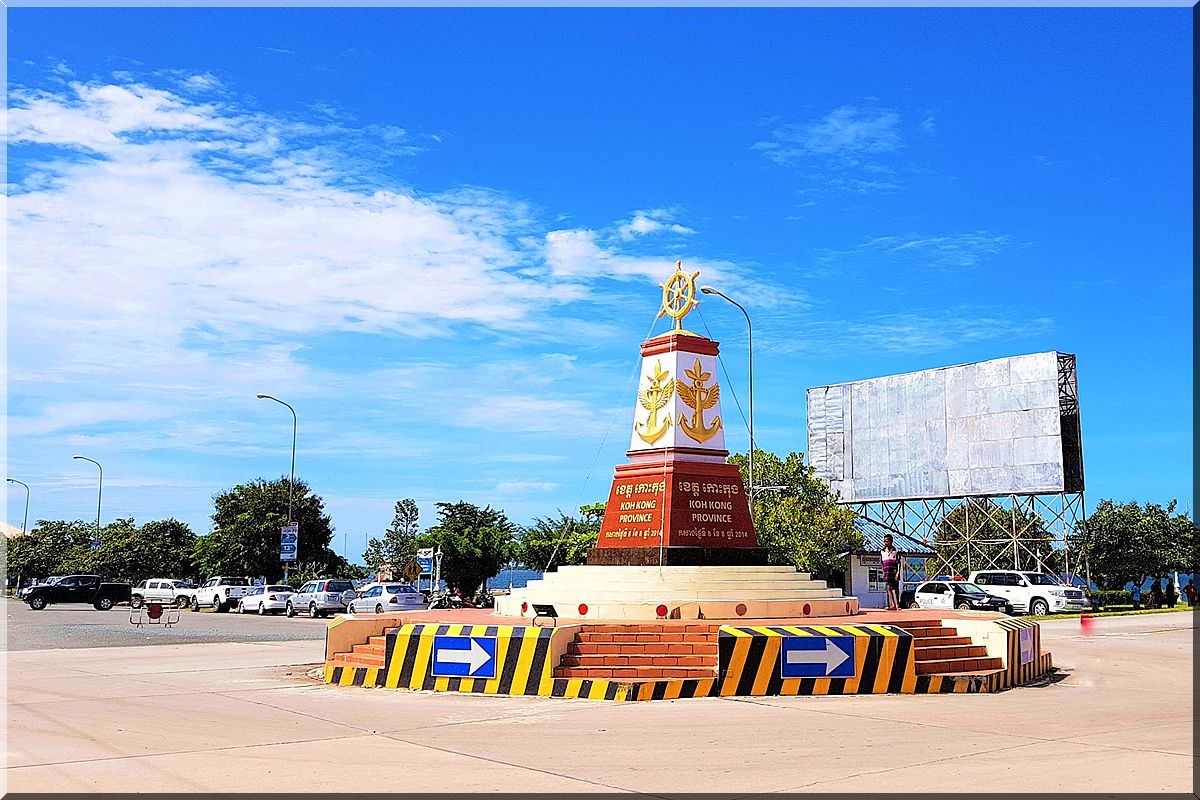 Situated between the Cardamom Mountains and the Gulf of Thailand, the mangrove-estuary system of Koh Kong province, Cambodia, is the largest and most intact in South East Asia. Many of the estuaries of the Cardamom Mountains have national park or other protected area status. However due to their remote and until recently inaccessible location they are largely untouched and unexplored and are home to an extremely diverse range of rare and exotic wildlife. Rare dolphins, finless porpoise, two species of otters, Asia’s most elusive cat, it’s rarest (and smallest) deer, gibbon, macaque and an array of globally endangered shorebirds are just some of our little known treasures

DOLPHINS
IRRAWADDY DOLPHIN
FINLES PORPOISE
INDO-PACIFIC HUMPBACK DOLPHIN
Koh Kong has a large marine (salt water) population of Irrawaddy dolphins. They inhabit the waters at the estuary mouth in and around the mangroves. Boat tours to see and study these beautiful rare dolphins and other wildlife can be arranged at Fat Sam’s Restaurant.

OTTERS
Cambodia is often described as „a land of water‘ so the recent realisation that it is a hotspot for three species of otters is not really surprising. Our estuaries in Koh Kong are the prime habitat for two of these species;
SMOOTH-COATED OTTER
HAIRY-NOSED OTTER
BIRDS

Koh Kong’s coastline and islands are the habitat for some of Asia’s rarest and most endangered birds and animals. They are the Wintering home for over 20 species of migratory shorebirds – including the globally endangered Spoon-billed sandpiper. (Global pop, 200). 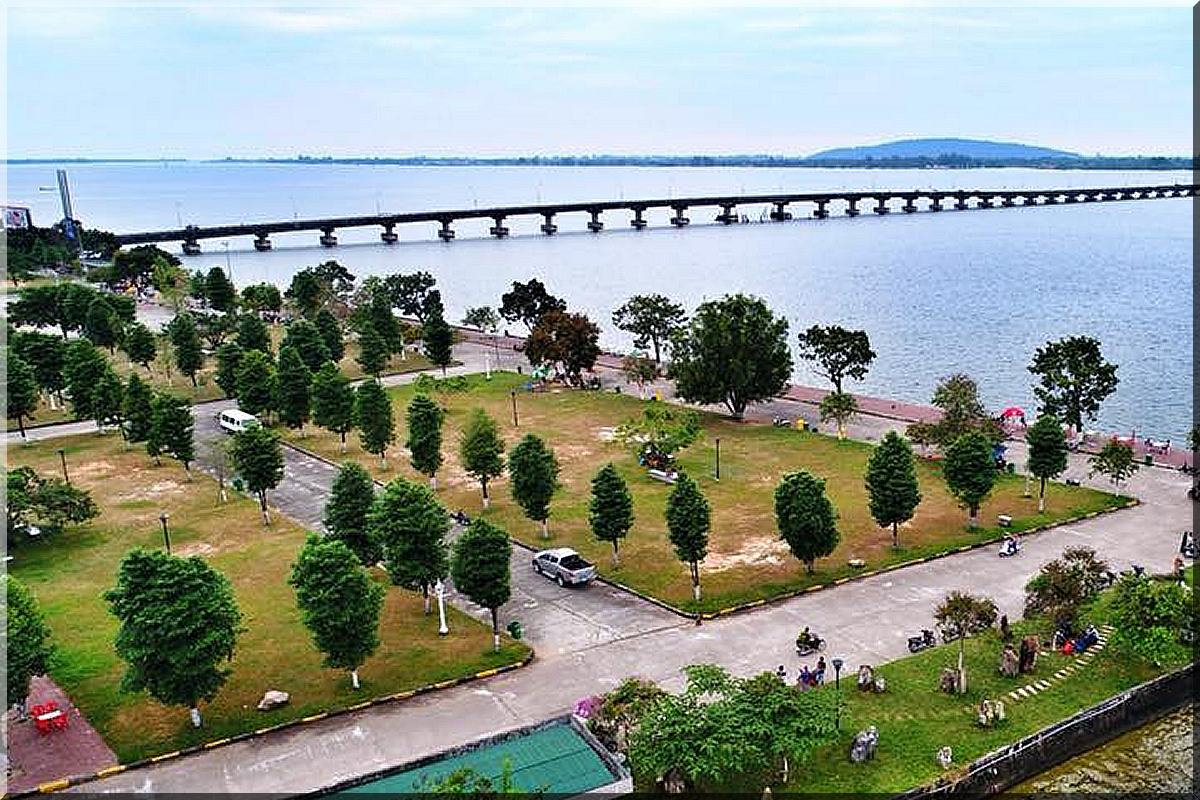 History
From 1795 to 1904 the area was under Siamese administration with the local name of „Koh Kong.“ During the reign of King Mongkut. The name Patchanta Kiri Khet was given to the city since the area falls in the same latitude as another city of Prachuap Khiri Khan which also had its name changed during the same year. In 1904, the region and the city of Trat was ceded to French Indochina in exchange of French troop evacuation from Chanthaburi. Yet, in 1907 Trat was returned to Siam in exchange of the Siamese province of Inner Cambodia while Koh Kong remained part of French Cambodia.

After Cambodia’s liberation from the Khmer Rouge in 1979, Koh Kong province was quite under-populated. After the national government encouraged people to live in Koh Kong, there has been a net influx of people. It is estimated that the average annual growth rate in Koh Kong is 16%, which has put pressure on the mangrove resources in the province. Koh Kong’s towns have developed rapidly partially in response to market pressures from Thailand and because of immigration from other parts of Cambodia.

Border crossing
The province is an increasingly popular gateway to Cambodia from Hat Lek in eastern Thailand, in part due to the reasonably direct access to the port and beach resort town of Sihanoukville. The border is at Cham Yeam, about 14 km from Koh Kong.

Traveling to Koh Kong has become an enjoyable journey, where bridges were built, the first stage in 2002. A landmark of Koh Kong was made possible by L.Y.P. Group — the second longest bridge built in Cambodia (Neak Loeung Bridge took the number one spot in 2015). The 1,900-meter crossing can be seen connecting provincial town of Koh Kong to Koh Kong Resort and the international check point. In 2007 a new sealed road (National Route 48) was completed from the town to Sre Ambel on the Phnom Penh to Sihanoukville highway, including the four remaining river crossings with bridges were opened in May 2008 which are donations by the Thai government to Cambodia. 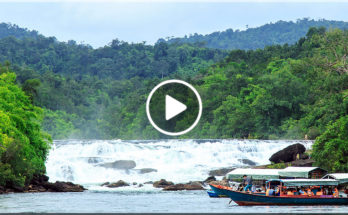