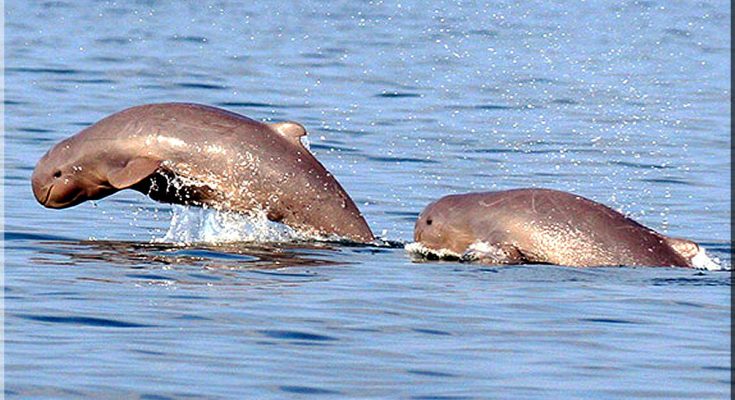 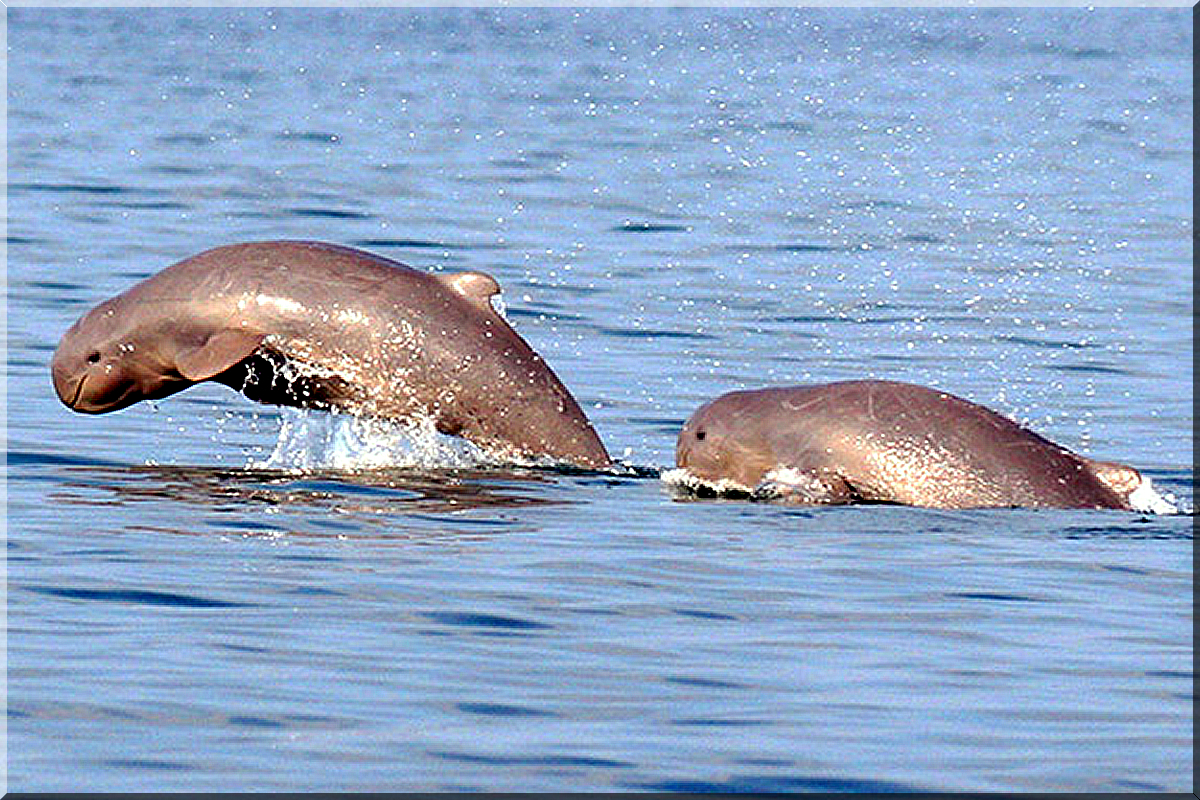 Kratié or Kraches (Khmer: ក្រចេះ , „Powder Cosmetic“) is a province (khaet) of Cambodia located in the northeast. It borders Stung Treng to the north, Mondulkiri to the east, Kampong Thom and Kampong Cham to the west, and Tbong Khmum and Vietnam to the south.

The capital of the province is the town of Kratié located in Kratié District.

History
The area now known as Kratié was part of the early first millennium Kingdom of Funan until Funan itself was superseded and absorbed in the 6th century by Chenla. Sampheak Borak, the former Royal Capital during the Chenla Era, is located in Sambo District.[citation needed] In addition, Kratié has Vihear Sasar Muayroy Pagoda built in the 16th century. This pagoda is related to a Khmer legend Krapeur Nen Thun (Venerable Monk Thun, the Crocodile). Kratié has several temples built in the 8th century such as Khvas Pi, Pram, and Koh Kring that has perfect deities, ancient halls, Khmer ancient houses, and French-style buildings. The area near Kratié along the Mekong River was one of the most densely populated regions of the pre-Angkorian era of Cambodia.

Lon Nol was the province’s governor in 1945. During the Vietnam and Cambodian Civil Wars and the subsequent Vietnamese invasion of Cambodia, intense fighting took place in Kratié. Operation Menu, the 1969-1970 United States bombing campaign targeting Vietnamese supply routes and bases in Cambodia and Laos, resulted in heavy bombardment of Kratié. Recovering unexploded ordnance and de-mining has been a major initiative since at least the mid-2000s. 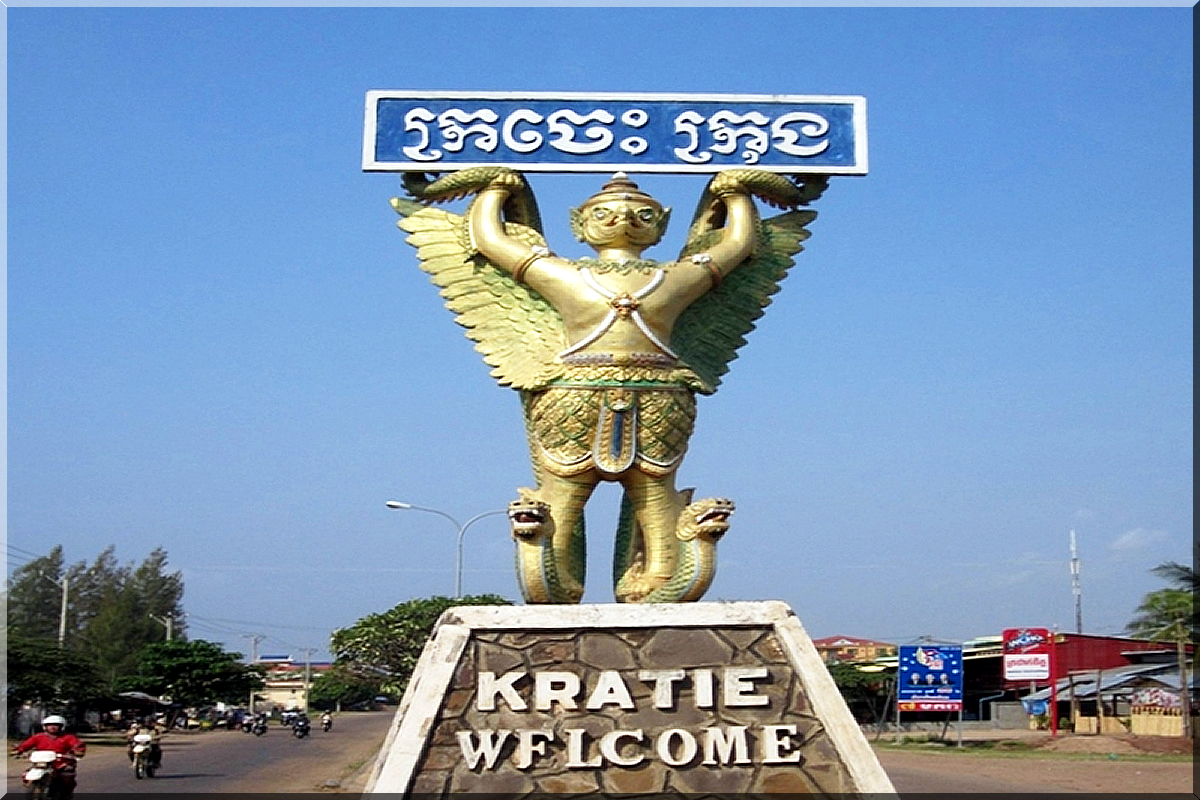 Geography
The Mekong River flows from the north to the south of the province; approximately 140 km of the river is located in Kratié. The river is home to Irrawaddy dolphins, fish, and birds. The flow of the Mekong River at Kratié town varies greatly. There are hundreds of seasonally flooded islands in the river. As of 2007, the Cambodian government planned to build a dam on the Mekong River near Kratié town. The province also contains many forests, the Phnom Pram Poan mountain range, Phnom Prech, and rubber plantations. Eastern Kratié is an important bird area.

The province is mostly covered in dense forest. Craters from Operation Menu bombings during the Vietnam War, some of which are filled with water, are still visible in the countryside. Some land in Kratié is used for agriculture, though a smaller percentage than elsewhere in Cambodia.

The province has a monsoonal climate, with a cool season from November to March, a hot season from March to May, and a rainy season from May to October. Flooding is frequent in Kratié; the Mekong may overflow by as much as 4 m during the rainy season.

Kratié is known for its attractive riverside scenery and its green villages and paddies, and the river dolphins.

Kratié’s fisheries are part of the Upper Mekong River Zone, which is important support for migratory species and subsistence fishing but does not play a major role in commercial fishing.

Forests in Kratié tend to be open and less dense than elsewhere in Cambodia; they are generally made up of deciduous trees that lose their leaves during the dry season. 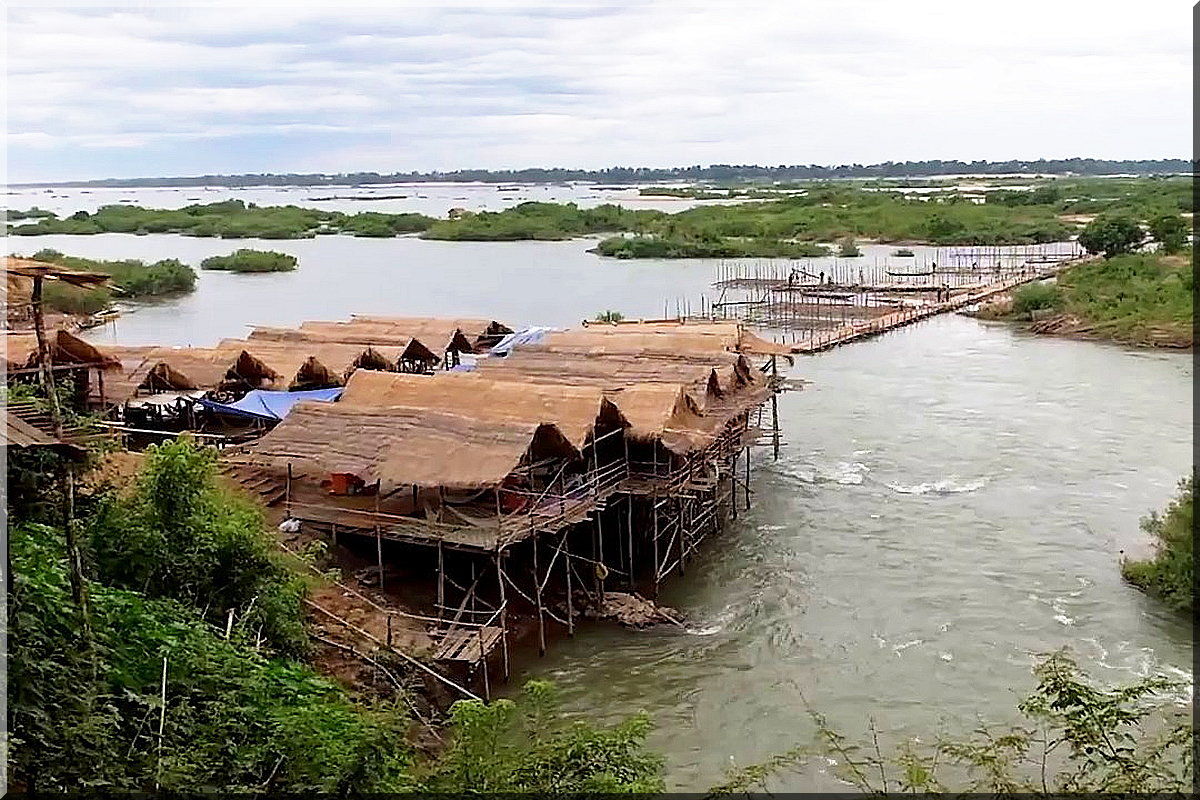 Government
Sar Cham Rong is the governor of Kratié Province and Hoeu Sidem is the deputy governor. In the 2007 commune council elections, the vast majority of seats went to members of the Cambodian People’s Party. Women make up 17.4% of commune council members. In 2005, Kratié received 1.69 billion riel from the commune/sangkat fund, of which development funds were 1.20 billion riel and funds for administration were 0.49 billion riel.

Most Kratié residents are subsistence farmers or fishers. 78% of residents are employed in agriculture. Thirty percent of Kratié households live on less than US$1 per day; the province’s poverty rate of 32% is somewhat lower than the national average of 39%. Some gold mining occurs in Kratié. Most soil in Kratié is poor; the province primarily grows perennial industrial crops like rubber. Kratié has the potential to be an ecotourism destination. Kratié’s road system is poorly developed. As of 1998, the average household possessed 0.48 hectares of agricultural land, and 37% were landless.

Social issues
Land concessions often cover land customarily owned or used by people in Kratié Province. In 2004, community land organizers were threatened by the military after they confiscated chainsaws used for illegal logging. An indigenous people’s organization is active in Kratié Province.

Health, education, and development
Schistosomiasis is a problem in Kratié province. The incidence of malaria and dengue fever rose sharply in the mid-2000s; this increase has been attributed to changes in climate. Malaria is hyperendemic in Kratié’s forests. The provincial infant mortality rate of 97/1,000 and child mortality rate of 80/1,000 are significantly higher than the national average (68/1,000 and 53/1,000, respectively).

Kratié is one of the poorest provinces in Cambodia but, in 2015, was ranked fifth in the nation for the high-school exam pass rate. Schools struggle to attract teachers to the poor and overwhelmingly rural province. Teachers are sent to the province from Phnom Penh, the nation’s capital, but they are new teachers who see an opportunity to pass a teacher’s exam that is less rigorous in remote areas. These new teachers rarely stay more than a year or two due to the low pay, leaving local officials having to do without and students often having to continue studies by themselves.

Demography
There is a substantial Vietnamese minority in Kratié Province. Kratié is home to seven indigenous groups: Bunong, Kouy, Mil, Khonh, Kraol, Steang, and Thamoun. Approximately 70% of the province’s residents live along the Mekong River; the area beyond the river is sparsely populated. Approximately 8% of Kratié’s population is indigenous; it is one of four provinces with a substantial indigenous population. 70% of the population is rural.
Districts
Kratié Province is subdivided into 1 krong (city) and 5 srok (districts).
Chhloung
Krong Kracheh
Preaek Prasab
Sambour
Snuol
Chitr Borie