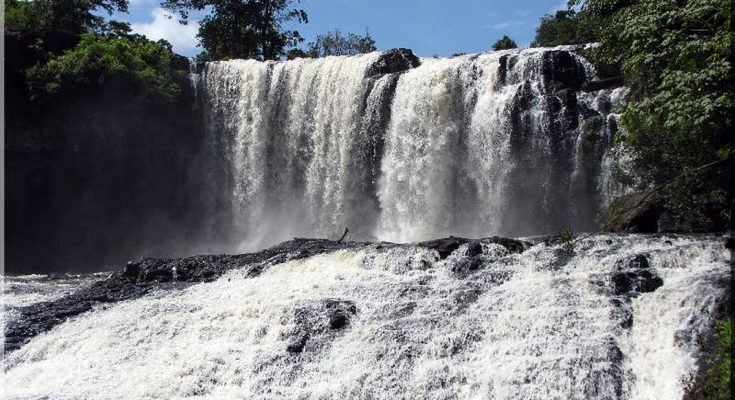 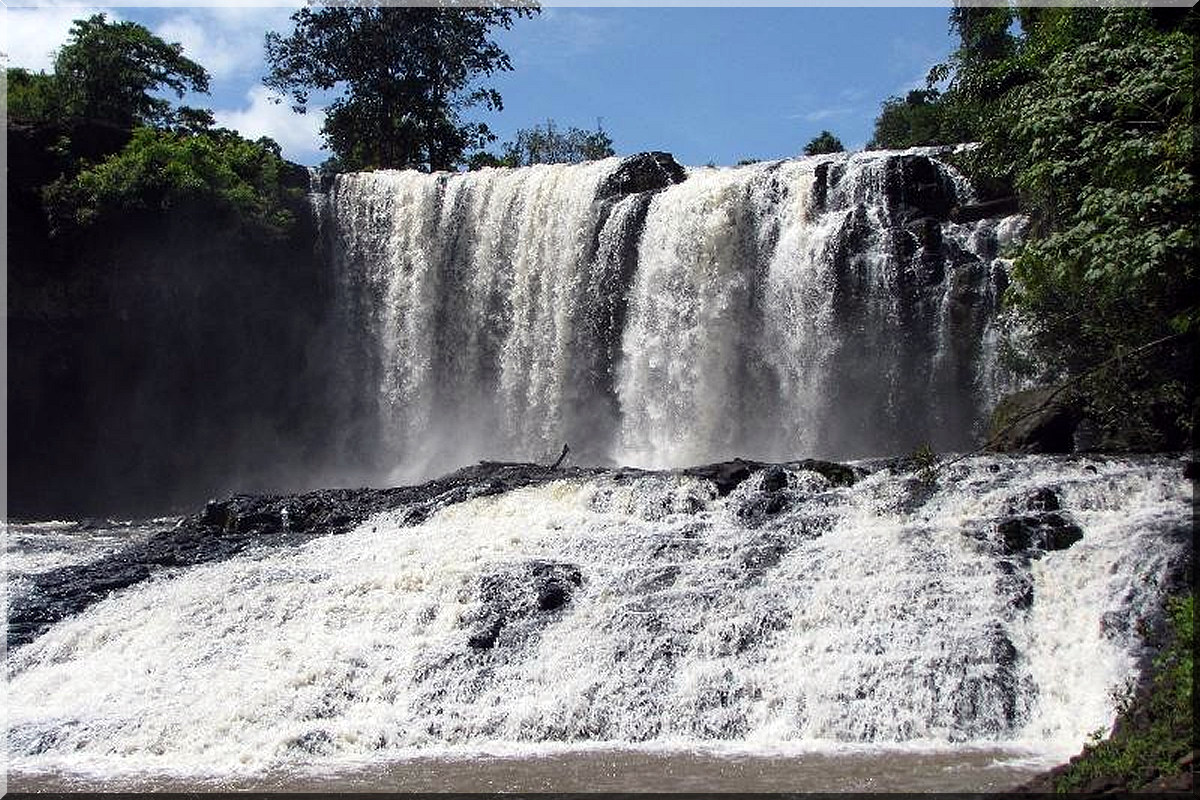 Mondulkiri, officially Mondul Kiri (Khmer: មណ្ឌលគិរី, , „Mountain of Mandala“), is a province (khaet) of Cambodia. Bordering the provinces of Kratié to the west, Stung Treng to the northwest, Ratanakiri to the north and the country of Vietnam to the east and south, it is the most sparsely populated province in the country despite being the largest in land area. The province was created in 1961 from the eastern part of Kratié Province. The capital is the town of Senmonorom.

History
In 1960 Mondulkiri was created out of Kratié Province by order of King Norodom Sihanouk. Sen Monorom was set up as the capital in 1962. During the Vietnam War in the late 1960s, Mondulkiri was home to three bases of the National Liberation Front of South Vietnam which resulted in numerous incursions and bombings by US forces. About 1970 the area fell under Khmer Rouge domination. Subsequently much of the populace was forcibly removed to Koh Nhek (Kaoh Nheaek) district to provide labor for rice growing. Schools, hospitals, even entire villages were destroyed. As many as half of the people in the province died during the forced relocation in the 1970s.

The Bunong people appear to have lived in the provincial area for about 2000 years, but there is little documentation until France colonized Cambodia in 1864. Like other people in the province, the Bunong were displaced in the 1970s and only allowed to return to their traditional homeland in the 1980s. 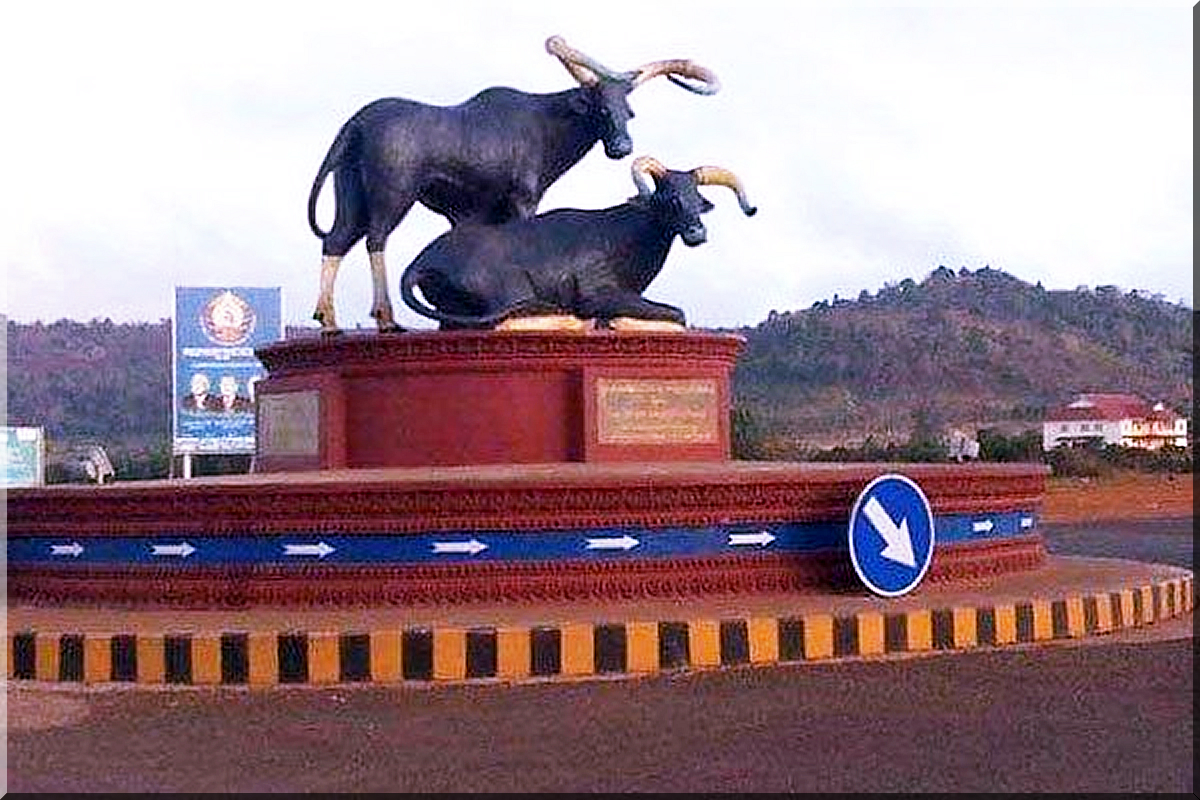 Mondulkiri is Cambodia’s largest and also most sparsely populated province, containing an area of 14,288 km2 (5,517 sq mi) ranging from 190 to 1,000 metres (620 to 3,280 ft). It is located in the south-east part of the country and borders three provinces in Vietnam; Đắk Lắk, Đắk Nông, and Bình Phước provinces. Three rivers cross the province; Srepok, Preaek Chhbaar, and Preaek te Rivers.

The provincial capital is Sen Monorom which is located in the southeastern part of the province about 390 km (240 mi) from Phnom Penh, the national capital.

Waterfalls
Mondulkiri is known for its forested hills and powerful waterfalls. Some waterfalls include:

Bou Sra Waterfall. Located at Pich Chinda District, 43 kilometers from Senmonorom town, Bou Sra is the largest waterfall, made famous by a popular Khmer song in Mondulkiri. It is a three-tiered natural waterfall with only the first two tiers accessible to public view. There is a zipline run by local hotel Mayura Hills Resort that runs over the waterfall.
Senmonorom Waterfall. Five kilometers from town and an easy walk, Senmonorom waterfall is not much to look at and used to be a nice picnic spot until the construction of a Japanese built hydro electric power station that cut the flow of water.
Romnea Waterfall. Ten kilometers from Senmonorom, Romnea waterfall is actually 1 of 3 large waterfalls that has now been deforested and privatised.

Demographics
Eighty percent of Mondulkiri’s population is made up of ten tribal minorities, with the majority of them being Pnong. The remaining 20 percent are Khmer, Chinese, and Muslims Cham.

Economy and transportation
The population lives off the land, planting rice, fruit trees, and a variety of vegetables. Others grow strawberries, coffee, rubber, and cashew nuts.

Road development continues to impact seriously on indigenous communities like the Pnong ethnic group. According to a United Nations paper, the construction of a road from Mondulkiri to Ratanakiri has resulted in massive land grabbing.

Sen Monorom is connected to the rest of the province to the south-west, along the border with Vietnam, by National Highway 76 and to the north by Highway 141.

Culture
Although more and more houses are built in ‚Khmer style‘, traditional Phnong houses can still be found. Pnong houses contain large jars (which are said to be more than a thousand years old) and traditional gongs. There are various gongs used at different occasions. Jars and gongs are among the most valuable possessions of indigenous communities both in traditional and spiritual as well as material terms. During the times of Pol Pot those objects were buried in hidden places in the jungle and in many cases they still wait in the ground.