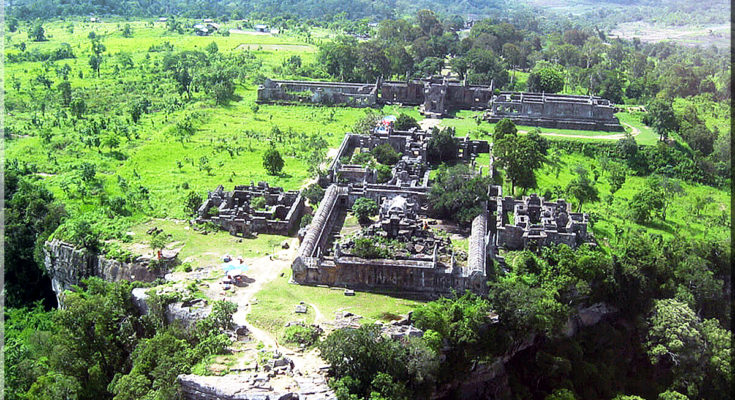 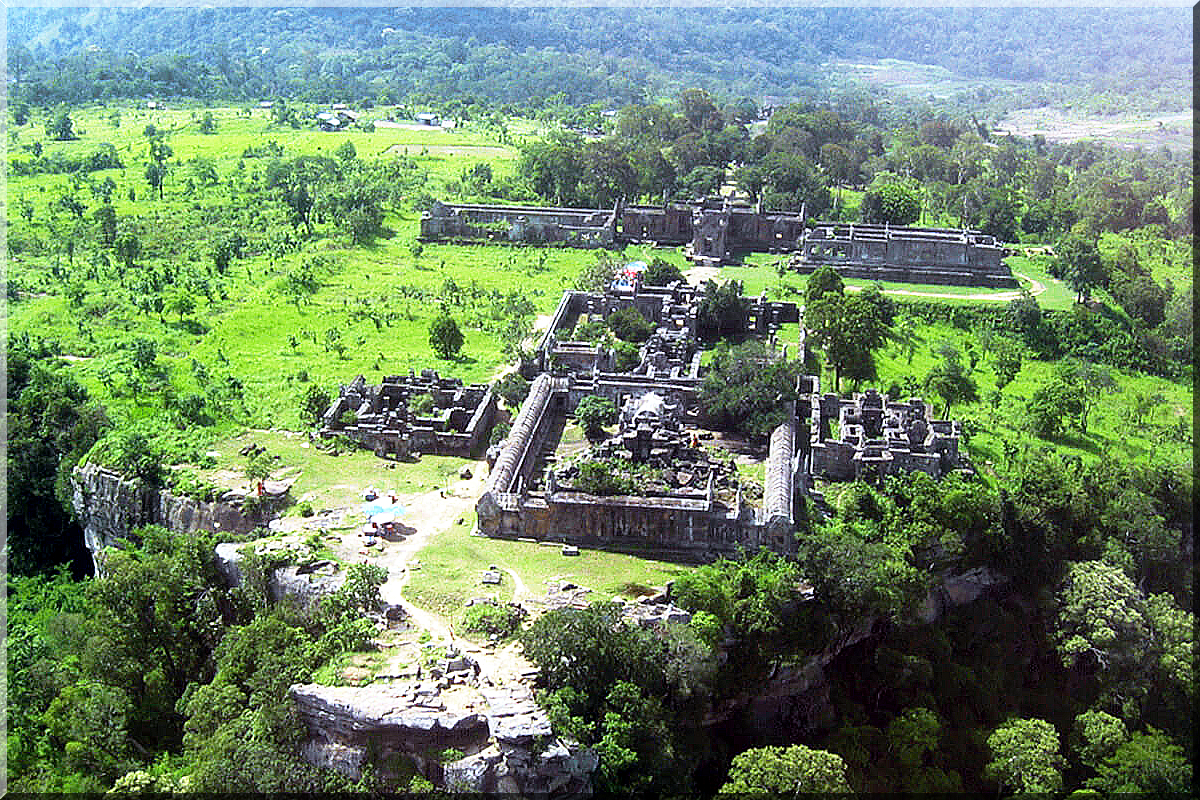 Preah Vihear (Khmer: ព្រះវិហារ, „Sacred Sanctuary“) is a province (khaet) of Cambodia. It borders the provinces of Oddar Meanchey and Siem Reap to the west, Kampong Thom to the south and Stung Treng to the east. Its northern boundary forms part of Cambodia’s international border with Thailand and Laos. Its capital is Tbeng Meanchey town. 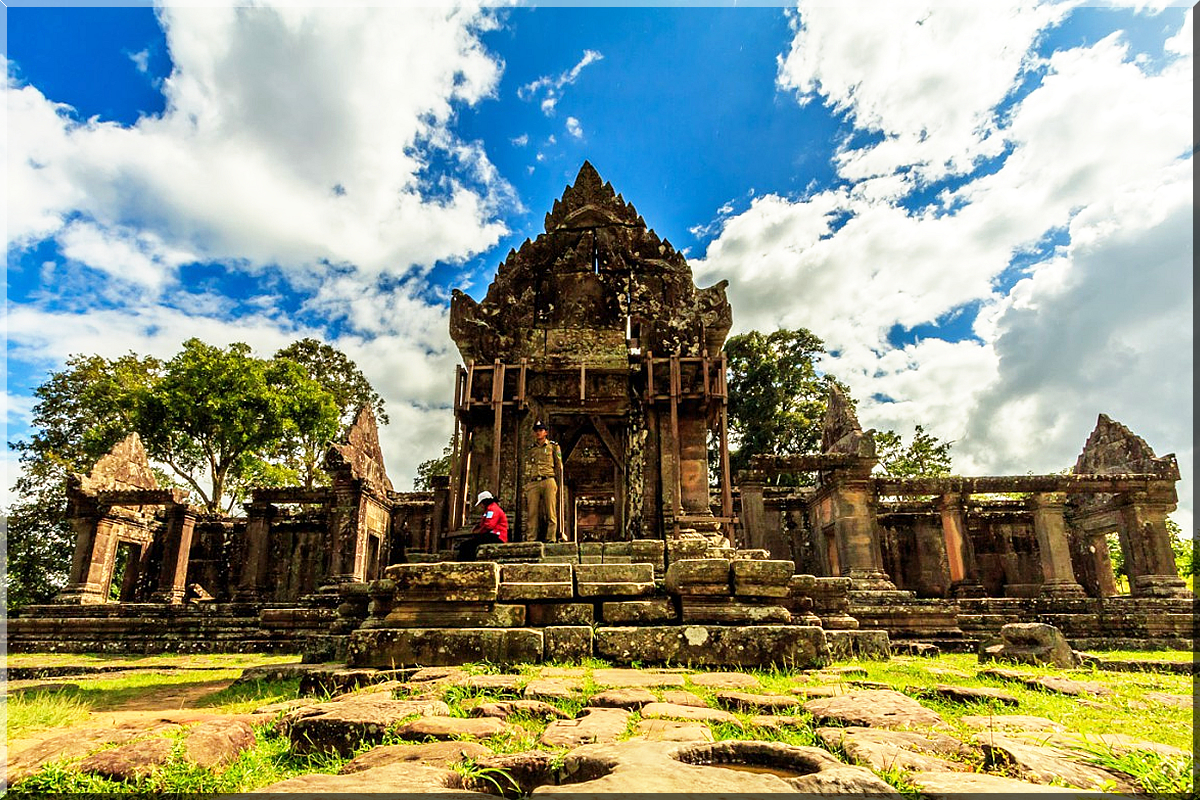 Description
The province is named after the temple of Prasat Preah Vihear. The Dângrêk Mountains and the Cambodia/Thailand border are located in the north of Preah Vihear Province.

Preah Vihear is one of the nine provinces that are part of the Tonle Sap Biosphere Reserve.

Several Western governments have issued travel warnings to their citizens advising not to travel to this province due to an ongoing border dispute between Cambodia and Thailand. The Government of Canada has advised „Armed forces from both countries are engaged in this ongoing dispute. There have been reports of exchanges of gunfire in the area. Tensions are extremely high and military hostilities could escalate without warning.“ 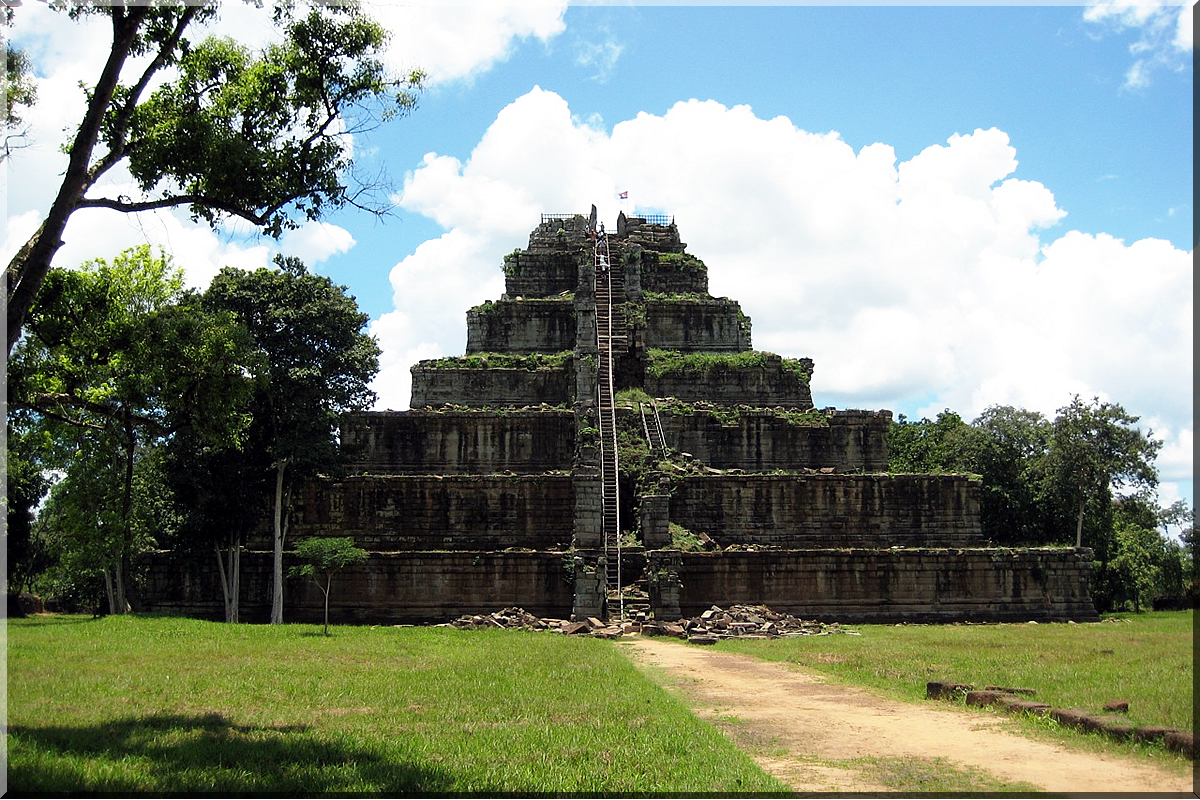 Administrative divisions
The province is subdivided into 7 districts.

Sites
Koh Ker complex: Koh Ker was once the capital city of Khmer Empire
Bakan or Preah Khan Kompong Svay complex: 105 kilometres southwest of the provincial town, built under the reign of King Suryavarman I (1002–1050)
Noreay Temples: five 7th-century temples made of Sandstone, laterite and brick, 32 kilometres northeast of the town.
Phnom Pralean temple: a temple built to worship Brahmanism, on top of a 180 metres hill
Neak Buos temple: 75 kilometres north of Tbaeng Meanchey
Krapum Chhouk temple: built in the 10th century in laterite and stone, 45 kilometres south of Tbaeng Meanchey
Kork Beng temple: a ruined laterite and sandstone temple built between 936 and 951 by a commander named Kork on the order of King Jayavarman IV
Wat Peung Preah Ko: a place of worship in beautiful natural surroundings believed to possess strong supernatural powers.
Preah Vihear Temple: built in the 12th century, located between Thailand and Cambodia. It was listed as World Heritage Site in 2008.