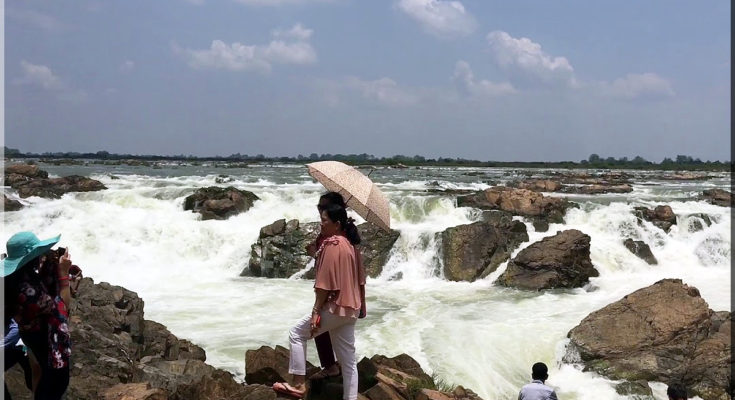 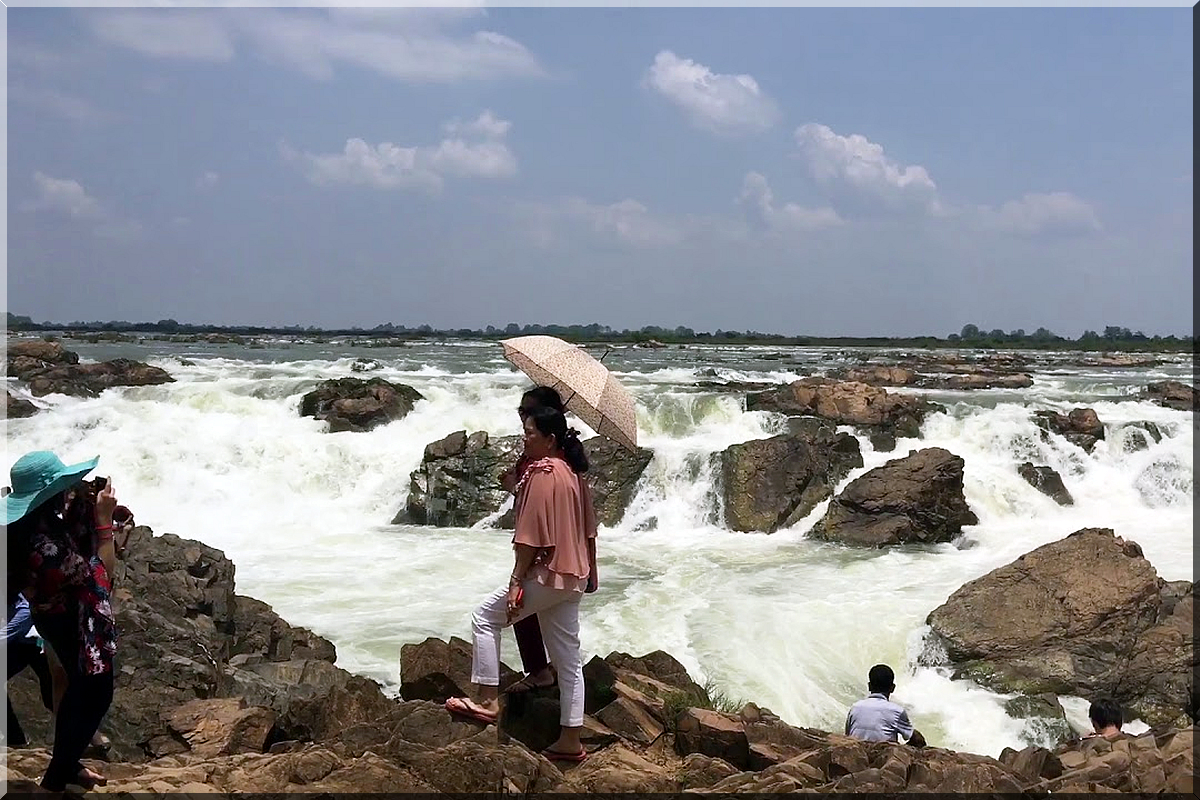 Steung Treng, officially Stung Treng (Khmer: ស្ទឹងត្រែង, „River of Reeds“; Lao: ຊຽງແຕງ Xiang Taeng; Thai: เชียงแตง Chiang Taeng „City of Melons“), is a province (khaet) of Cambodia located in the northeast. It borders the provinces of Ratanakiri to the east, Mondulkiri and Kratie to the south and Kampong Thom and Preah Vihear to the west. Its northern boundary is Cambodia’s international border with Laos. The Mekong river crosses the province roughly through the center.

History
Stung Treng was first a part of the Khmer Empire, then the Lao kingdom of Lan Xang and later the Lao kingdom of Champassack. After the Franco-Siamese war of 1893, Chiang Taeng (Stung Treng) was administered by French Lower Laos from 1893 to 1904. In 1904 French Laos traded the province to the French Protectorate of Cambodia in exchange for Champassak, leaving a small Laotian minority in Cambodia.

Owing to its border location and the forested mountain areas in the northeast of the province, there was much communist guerrilla activity in Stung Treng during Cambodia’s recent past. The insurgency lasted from the Vietnamese infiltration in the 1950s until the late Khmer Rouge years.

Administration
The province is subdivided into 5 districts.