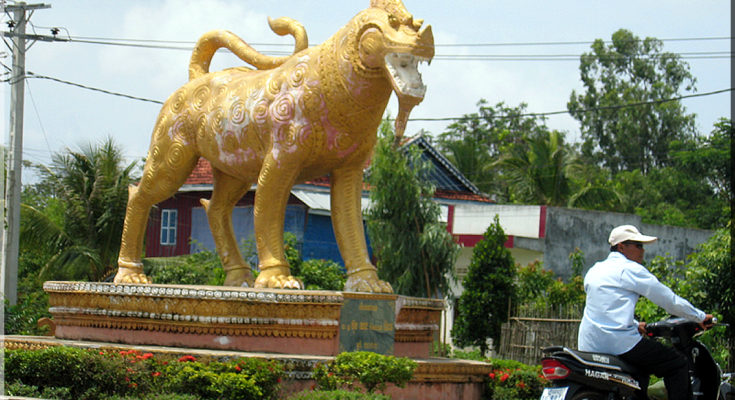 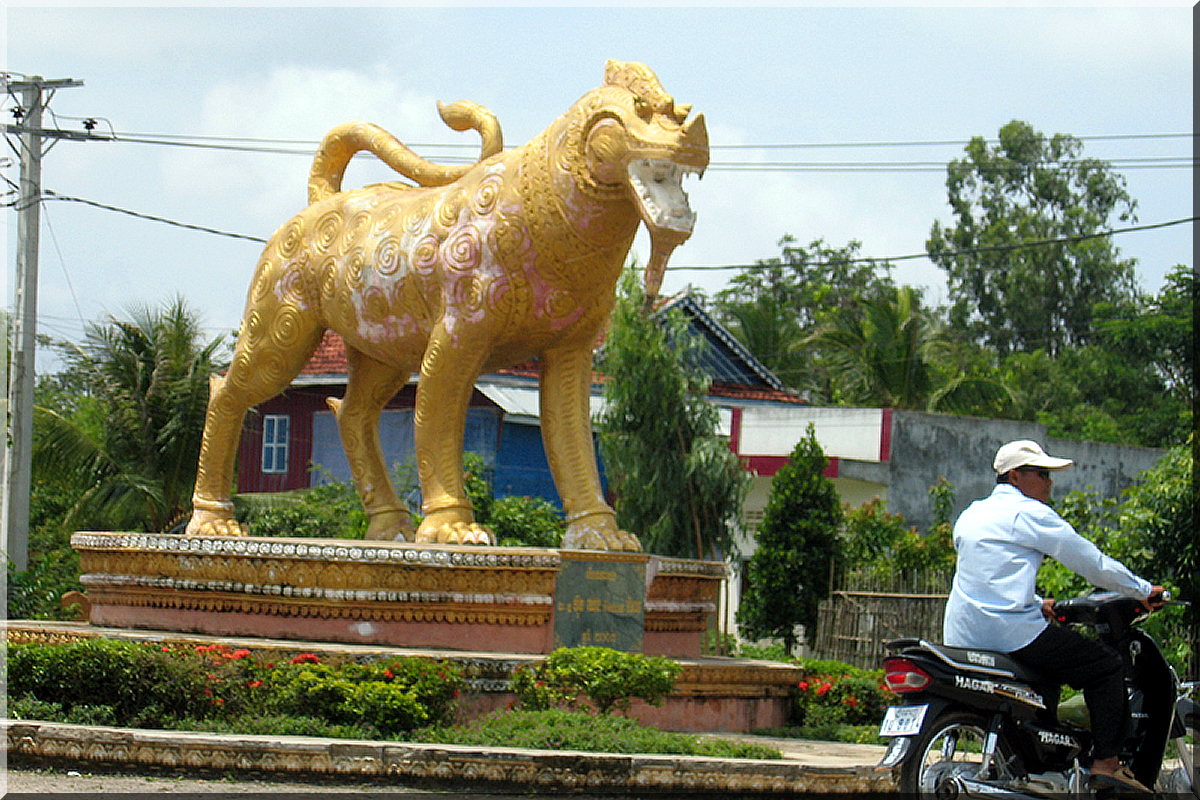 Svay Rieng (Khmer: ស្វាយរៀង, „Aligned Mangoes“) is a province (khaet) of Cambodia. Located in the southeast, the province juts into Vietnam, which surrounds it to the north, east and south. The only other Cambodian province to border Svay Rieng is Prey Veng. The capital is Svay Rieng while the largest city is Bavet, which is the international border between Cambodia and Vietnam.

Districts
The province is subdivided into 8 districts.

These 8 districts are subdivided into 80 khums and 690 phums.

Geography
A portion of the province juts into Vietnam, the Parrot’s Beak. (Vietnamese: Mỏ Vẹt).